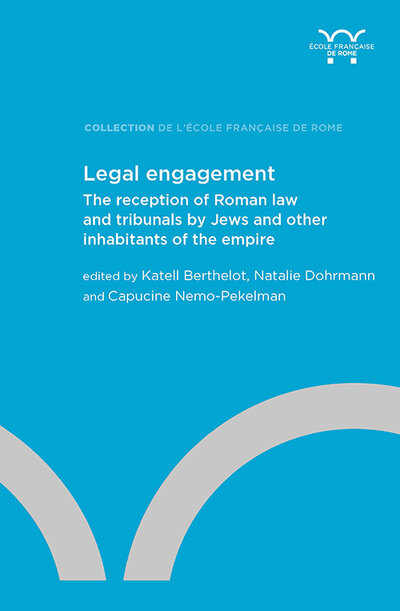 The Roman empire set law at the center of its very identity. A complex and robust ideology of law and justice is evident not only in the dynamics of imperial administration, but a host of cultural arenas. Citizenship named the privilege of falling under Roman jurisdiction, legal expertise was cultural capital. A faith in the emperor’s intimate concern for justice was a key component of the voluntary connection binding Romans and provincials to the state.
Even as law was a central mechanism for control and the administration of state violence, it also exerted a magnetic effect on the peoples under its control. Adopting a range of approaches, the essays explore the impact of Roman law, both in the tribunal and in the culture. Unique to this anthology is attention to legal professionals and cultural intermediaries operating at the empire’s periphery. The studies here allow one to see how law operated among a range of populations and provincials—from Gauls and Brittons to Egyptians and Jews—exploring the ways local peoples creatively navigated, and constructed, their legal realities between Roman and local mores. They draw our attention to the space between laws and legal ideas, between ethnic, especially Jewish, life and law and the structures of Roman might; cases in which shared concepts result in diverse ends; the pageantry of the legal tribunal, the imperatives and corruptions of power differentials; and the importance of reading the gaps between depiction of law and its actual workings.
This volume is unusual in bringing Jewish, and especially rabbinic, sources and perspectives together with Roman, Greek or Christian ones. This is the result of its being part of the research program “Judaism and Rome” (ERC Grant Agreement no. 614 424), dedicated to the study of the impact of the Roman empire upon ancient Judaism.

Natalie B. Dohrmann of the University of Pennsylvania researches rabbinic culture in the context of the Roman Near East, especially on the relationship between Roman law and the emergence of rabbinic Judaism.

Capucine Nemo-Pekelman is Assistant Professor at the University of Paris-Nanterre, in the Faculty of Law. She is a Legal Historian specialized in Roman Law and the legal status of the Jews in Late Antiquity.