The French Schools Overseas is a network of five institutions of higher education and research governed by the 2011--164 Decree of the 10 February 2011. Establish abroad, in Greece (French School at Athens, 1846), in Italy (French School at Rome, 1875), in Egypt (French Institute for Oriental Archaeology, Cairo, 1880), in Southeast Asia (French School of Asian Studies, Paris, 1898) and in Spain (Casa de Velázquez, Madrid, 1920), the Schools have a triple mission of education, research, and dissemination in the humanities and the social sciences. They host young researchers of doctoral or post-doctoral standing while also drawing on a community of more senior researchers, both French and non-French. Together the Schools publish approximately one hundred volumes each year. In their host countries, they develop networks of collaboration and cooperation, making them invaluable stakeholders in French research abroad. Since 2015, they have a committee of directors which oversees the network’s shared activities.

Visit the Website of the French Schools Overseas Network

The French Schools Overseas carry out a mission of training, research, dissemination, and knowledge exchange.

The Schools are responsible for research training. To this end, they host doctoral students and post-doctoral scholars for varying periods and with a number of different possible stasuses: year-long members renewable one or two times, grant-holders of one month or longer, trainees on excavation sites, students in themed doctoral training seminars, or students possessing doctoral research contracts with a university. The Schools also provide work placements to young curators, archivists, librarians, architects or topographers, as well as publishing professionals, giving each the  opportunity to work in an international professional environment.

In their host countries, the Schools develop - in line with a five-year research programme - research missions in numerous domains within the humanities and the social sciences: archaeology, history of art, history, religious sciences, philology, anthropology, ethnology or social sciences. Current and former members of the Schools, as well as their associate researchers, all participate in these missions. The Schools also have facilities for supporting visiting researchers as members, either one-year renewable (FSA, FSR, FIOA, and Casa) or permanent (FSAS); as researchers in residence for one month or longer; and as researchers on international mobility grants financed by the CNRS or the EU (Marie Sklodowska-Curie Programme). Researchers can be housed either on site at the Schools themselves or in purpose-built structures on sites where the Schools are undertaking archaeological excavations. Hosted missions benefit from an administrative, scientific, and technological environment that is already up and running.

The Schools are responsible for the dissemination and knowledge exchange of the scholarship and data produced under their aegis. They publish approximately one hundred monographs annually, approximately ten specialist journals, as well as numerous conference proceedings. In their host countries and in France, the Schools organize academic events (conference, exhibitions, etc.) aimed at both specialists and members of the general public.

Under the supervision of the Ministry of National Education, Higher Education and Research, the French Schools Overseas are governed by a joint decree (2011-164 of 10 February 2011). They are under the academic guidance of the Académie des Inscriptions et Belles Lettres as well as that of the Académie des Beaux-Arts, for the artistic section of the Casa, and the Académie des Sciences Morales et Politiques, for the School at Rome. Each School has its own Board of Trustees and its own Academic Board, and in the case of the Casa an additional Artistic Board. In January 2015, the Schools established by convention a special Committee of Directors with a rotating presidency, which acts as an authority for reflection and the proposal  of new networks. Since 2013, the Schools are represented at the Conference of University Presidents. 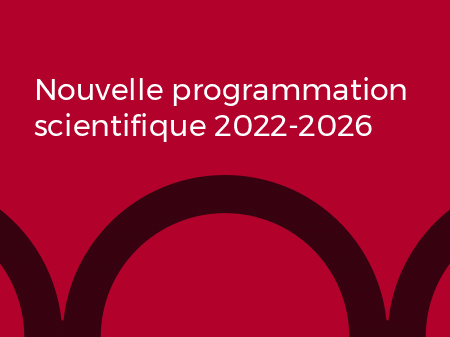