Spaces for Friars and Nuns: Mendicant Choirs and Church Interiors in Medieval and Early Modern Europe 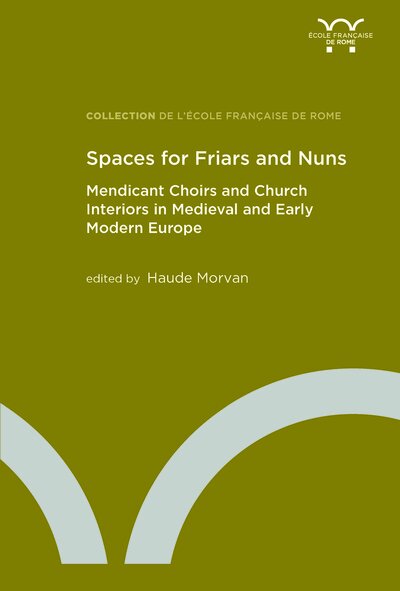 In the thirteenth century, mendicant orders introduced new ways of religious life that engaged the laity through preaching and conversion. Moreover, they founded new movements for religious women dedicated to prayer and contemplation, such as the Dominican nuns and the Poor Clares. In their churches, both friars and nuns were separated from the laity, either in choir precincts situated behind architectural screens, or in upper galleries raised above ground level. Before the widespread removal of these furnishings, therefore, medieval and early modern mendicant church interiors did not resemble the unified spaces we encounter today.
This volume presents a series of European case studies which use textual and material evidence to reconstruct and analyze the internal divisions of churches between the thirteenth and the sixteenth century. Thus, the authors provide a broad understanding of the variety, function, and meaning of the internal divisions that once conditioned the spiritual experience, function and meaning of sacred space for the laity as well as for the religious community.


Haude Morvan is an Associate Professor in the History of Medieval Art at the University Bordeaux Montaigne and a member of the Ausonius Institute. She is a former member of the French School in Rome. Her research interests centre on the mendicant orders. She published in 2021 "Sous les pas des frères”: les sépultures de papes et de cardinaux chez les Mendiants au XIIIe siècle.