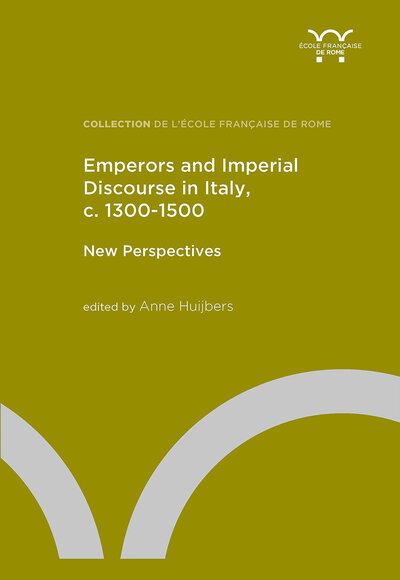 Describing the Holy Roman Empire after 1250 as a hopeless dream or an empty formula only Roman in name, historians have long minimized the impact of the imperial presence in late-medieval Italy. The nationalist historiography, on which we still largely depend, presented the Empire as alien to the very essence of humanism and modernity. Associating humanism with republicanism, scholars silently suggested that the belief in the peace-bringing emperor faded away as the Renaissance unfolded. No real humanist, so it was believed, could genuinely support the medieval construct that was the Holy Roman Empire.
Only recently has this historiographical framework really been challenged. The present volume builds further on the thesis that humanism was perfectly compatible with imperialist political ideals. It aims to bring together new perspectives on empire and emperors in Italy and to highlight the continuing importance of the imperial ideal throughout the fourteenth and fifteenth century. It focuses on imperial discourses in the writings of Italian historians, humanists, poets, jurists and notaries.
The imitation of Roman emperors is both a sign of the Renaissance and a central aspect in medieval political thought. It may, therefore, not surprise that the descent of the “king of the Romans” into Italy attracted the attention of Italians with humanist tastes. The name of empire aroused high expectations. Orations, histories, treatises, and letters show that many still generally accepted the legitimacy of the empire and considered the contemporary Holy Roman Emperor as the lawful leader of the Christian world.

Anne Huijbers wrote her dissertation at Radboud University Nijmegen. Between 2016 and 2018 she stayed at the École française de Rome with a Rubicon Fellowship of the Netherlands Organisation for Scientific Research.