Putting Pressure on Rulers: Critical Reception of the Norms of Governance and their Application in XIII-XVI Centuries 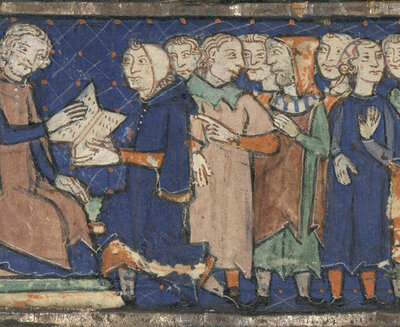 The aim of the conference is to examine the political subject in the context of state building in the later Middle Ages. The political reconfiguration made it necessary for the authorities to enlarge the basis of support giving new opportunities for recognition.

Within the activities related to the research project Beyond the Exercise of a Public Office: Political Recognition According to Disciplined Dissent in Later Medieval Europe; the conference will look at the plurality of factors and individuals/groups involved in the quest for widening participation in politics and at the means by which marginalization might have been overcome.

It will look at how rulers were influenced and subjected to pressures, primarily in non-violent ways. The participants will consider: the expression of uncodified practices and rights which gave the ruled a voice; the role of individuals and groups who influenced the government’s activities despite not holding public office or holding marginal and temporary positions; the forms of critical reception of the prevailing rules; the connection between public and private spheres.